Is military base in Illinois

Build originally with 38 buildings; the Illinois Great Lakes is the host of the boot camp of the United States Navy. Known officially as Naval Station Great Lakes, the first buildings of this base was designed between 1909 and 1911 by the renowned architect, Jarvis Hunt.  Located close to North Chicago, Illinois, this Naval base is made up of 1,153 building structures on a 1,628 acres of land, making it the largest single military station in Illinois and the largest naval training station. The road network spans about 50 miles to provide access to the facilities. Operated as a city on its own, the base has a security force, fire department and public works department. It also has schools and medical facilities to serve occupants of the base. The base also serves as the center for training new Navy recruits. 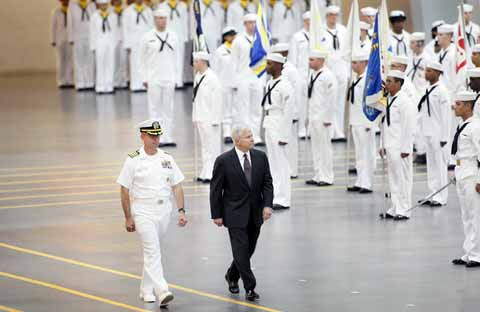 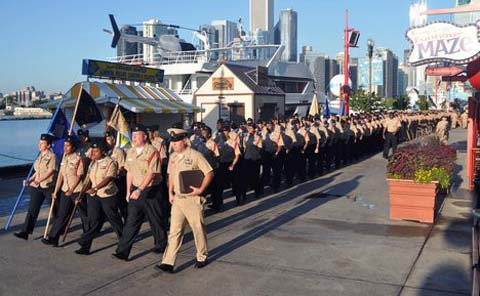 The Great Lakes Base became the only beginners’ training School for the navy in 1996 and since then, the base trains about forty thousand recruits each year. The workforce of the Naval base is about 7,000 at each point in time. Training is also organized for civilians aspiring to be sailors with about 16,000 of them passing out each year. 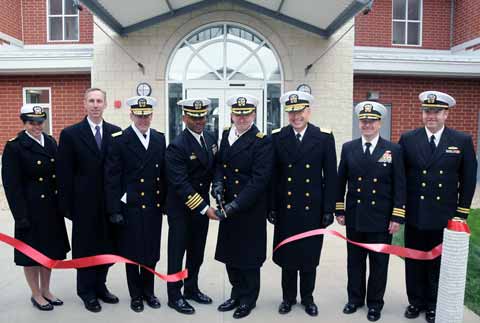 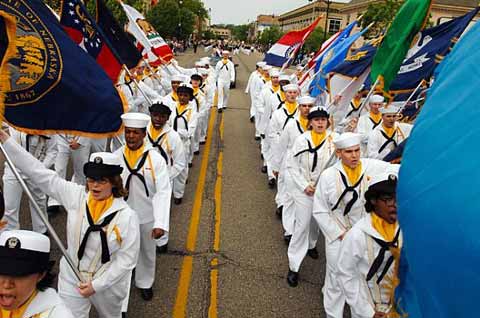 The center also provides support for some sites with technical training contents which include the Center for Surface Combat systems, the Center for Personal Development Center for Naval Engineering, Center for Naval Leadership, and the Center for Service Support. Among the numerous training facilities are other training institutions like the Electrician’s Mate, the Fire Controlman, Gunner’s Mate, Electronics Technician and Quartermaster, among others. The center has seen an improvement since 2005 with the building of a non-denominational chapel and a reception for civilian families. The Great Lakes Naval Base is listed as one of the historic places in Illinois. It also houses one of the 15 United States Naval Museums, the Great Lakes Naval Museum.