Camp Castle stands in 48.6 acres of land located in Dongducheon 40 miles away from Seoul, South Korea. Camp Castle only few steps away from Camp Casey, the reason why many facilities are being shared by both installations.  The camp houses the United States Second Infantry Division, Second Engineer Battalion and the 70th Support Battalion which includes the HHC Company and the Maintenance/Distro Company Alpha Company. The Camp has its own NCo/Enlisted Club, dining facility, motor pool, racquet court, a gym, small laundry shop and its own barracks.

A pedestrian bridge was built connecting the two camps while easing the traffic on the roadway. It houses also the Area I HazMart which is a hazardous material recycling and distribution area plus the big warehouse used in keeping the entire unit’s furniture. However, there were services that were not available in the installation but the 2nd Infantry Division has a hub system that provides all the necessary services that can not be found within the area. At present, Camp Castle enjoys all the comfort of an installation in all the United States based in South Korea. 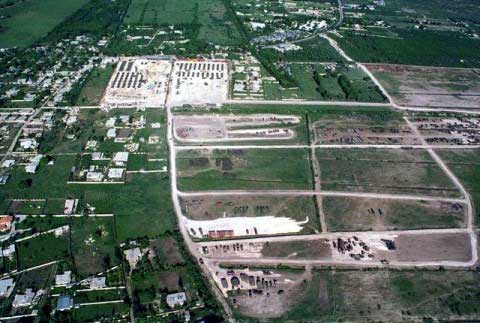 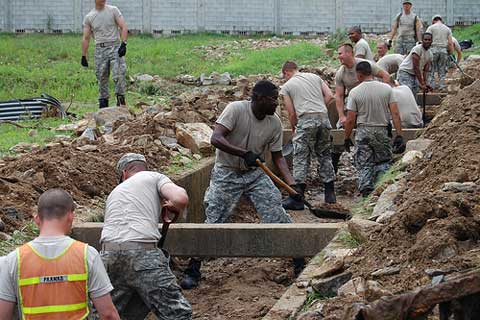 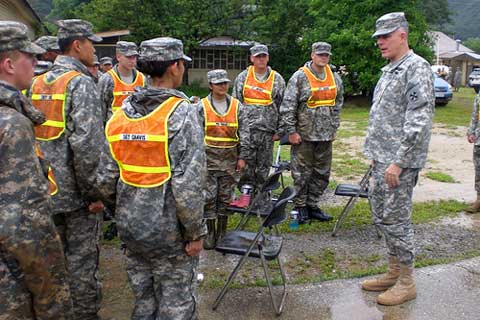 Camp Castle employs 630 personnel, 500 of which are United States military employees and the rests are contractors of the Department of Defense. Last June 2001. Camp Castle was included in the forty two camps that were given the pay out of $150 a month as Hardship Duty Pay. This is given to compensate the permanent personnel or to the temporary personnel that were assigned for thirty consecutive days in any of these forty two camps. The Hardship Duty Pay is provided as a financial recognition for the inadequacy of the living condition of the military employees that were assigned in the installation. On 2006, Camp Casey is the headquarters of Installation Management Command (IMCOM) US Army Garrison Casey Enclave.