It is basically a small census controlled area designed to support military operations. It works as a small city with a population of around 460 people and it has all features of a city. Alaska Fort Greely primarily supports Fort Greely that is a launch site for United States Army. The launch site is primarily used for testing of anti-ballistic missiles and it is located 100km from city of Fairbanks in the state of Alaska. The area is located in one of the coldest areas in Alaska offering facility to test systems in coldest temperatures. The site is also sometimes called CRTC (cold region test center) because of cold weather.

The site was built in 1942 and a separate highway was built during World War II to connect it to British Colombia state in Canada. The base also played an important role in sending aids to Russia against Japan and Germany during World War II. United States send airplanes, supplies and other important instruments to Far East Russia as per common agreement between United States and Russia. The current site was rebuilt after end of World War II and was named as Alaska Fort Greely or Fort Greely at some places. 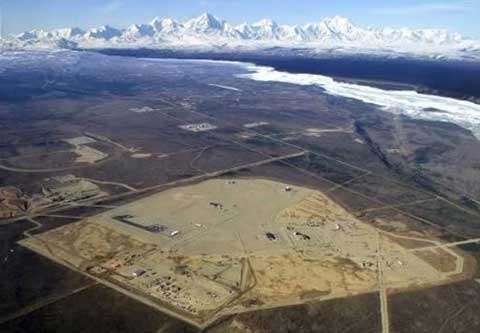 After the end of World War II the US Army decided to test their instruments in cold weather. The US Army gained good experience from the war and they thought that their task forces and instruments should be able to work in extreme conditions especially in cold weather. The US Army formed a group of task forces and built a site in cold area where they can test their instruments, weapons and airplanes to operate efficiently in cold weather conditions. Today it is home to some of the most sophisticated tests held in Alaska Fort Greely especially tests related to ballistic missiles.