El Centro is a Naval Air Facility, it is located in California’s Imperial Valley, and this location is just 117 miles east of the major city of San Diego. It was first commissioned on May 1, 1946 as a Naval Air Station. Before it became a Naval Air Facility it was the base for the Marine Corps Air Station. For the first 35 years El Centro was committed to aeronautical escape system testing but through the years they have expanded their use of the facility. Currently this particular facilities main purpose is to help naval units train realistically in the areas of weaponry, bombing, carrier landings, and air combat.

El Centro’s location unique, though popular, is known by every military service airman and plays an important part in not only their initial training but also their refresher courses. El Centro Naval Air Facility’s specific climate, its vast dessert terrain setting, limited non-military air traffic, and its own gunnery and bomb ranges makes it different from other U.S Naval air facilities.

The latter qualities make El Centro Naval Air Facility the perfect place to practice aviation combat skills as well as air- to -air weaponry and training in bombing and electronic warfare.  El Centro’s nearly isolated location is an important resource that the facility uses to its benefit, because of such unique qualities that the two other Navy owned air facilities lack El Centro is well used and almost always busy. El Centro is a home to the infamous Blue Angels during the winters. 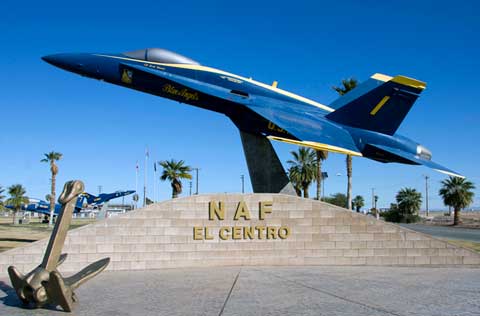 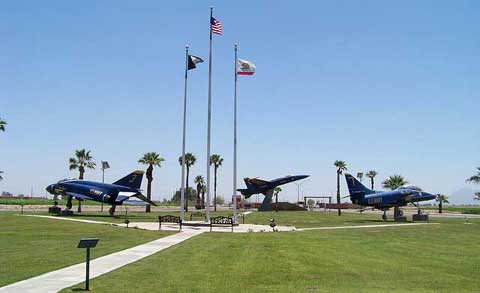 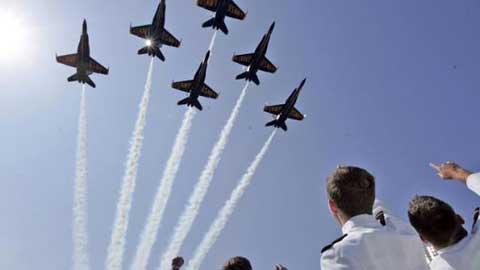 El Centro is also the facility used for the Blue Angels kick-off air show that takes place in March of every year. The Blue Angels start practicing their training in profound flight operations as well as maintenance. Such an opportunity allows the Blue Angels to perfect their skills as a united unit.