Located in the majestic island of Okinawa, Japan, Camp Hansen is considered as the largest United States Marine Corps training range in the island and was one of the few locations in the area that allowed the firing of live rounds.  Aside from the rudimentary military facilities of numerous firing ranges and live fire houses, also located in the camp is a brig (a confinement facility) that is used for offenders for military officers of the United States of America that are serving in the Far East (The brig, though, is only used for short and light sentences). The camp also houses a hospital, a bank, a barracks and some entertainment facilities. Present also in the base is a Post Exchange, some restaurants and convenience stores.

Talks of the anxiety felt by the Okinawa people towards the possible danger of the occasional falling gun shells brought by the live firing exercises called for the creation of a Special Action Committee in 1996. On December 2, 1996, through an agreement between the United States and Japan, the Special Action Committee on Okinawa (SACO) released a Final Report that issued 27 recommendations on the reduction of the impact of the presence of the United States military to the island’s local inhabitants. The SACO Final Report resulted to the relocation of the live fire exercises conducted by the 3rd Marine Division from the Central Training Area to the training ranges located in mainland Japan (these ranges include Kita-Fuji, Higashi-Fuji, Ojojihara, Yausubetsu and Hijudai. Japan actually agreed to shoulder the transportation costs for the transfer of the artillery ranges and opted to use Japanese commercial airliners for the relocation. Although moved, the III Marine Expeditionary Force nonetheless agreed that the training at the five mainland ranges is still the same with that in Okinawa and even with those found in the United States. 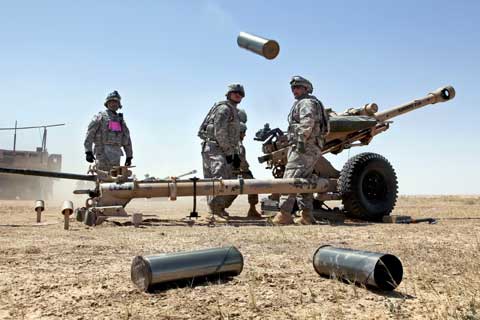 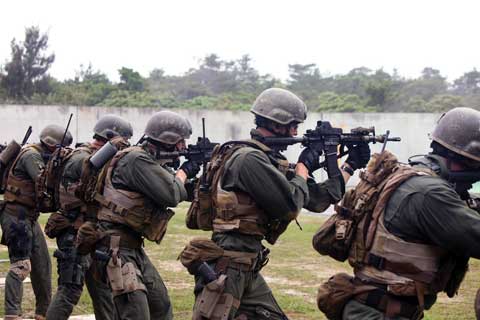 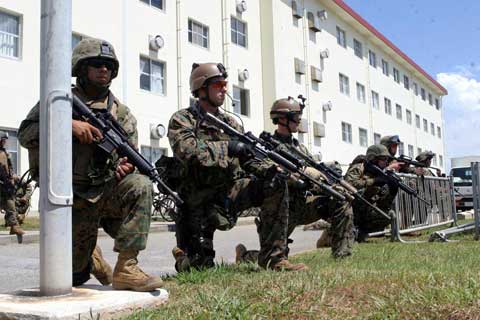 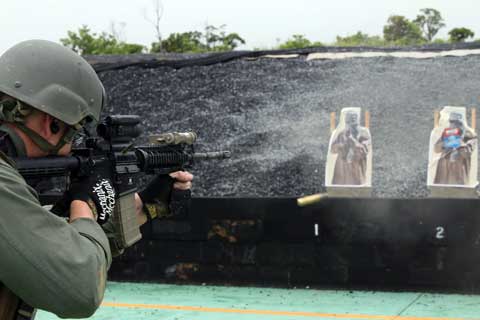 Today, the USMC had engaged in the joint use of its military bases with the Japanese Self-Defense force and Camp Hansen had opened its grounds in 2008 for the training of the Japan Ground Self-Defense.