Fort Shafter is located in Honolulu and the base of Pacific Command of US Army, the Army Corps of Engineers of the Pacific Ocean Division and Major authority of the US Armed Forces in the Asia. The place was established on June 22, 1907 and the oldest military base in Oahu, Hawaii. Palm Circle or 100 Area is the other name for Fort Shafter and has been chosen as the National Historic sign and identified by the National Register of Historic Landmark. 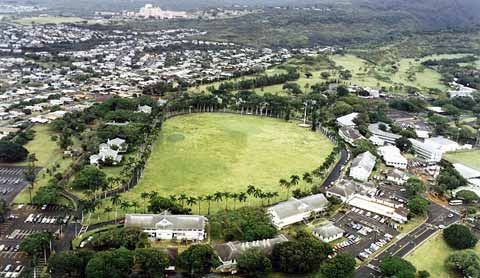 This is known as the oldest military base in Oahu and has been the base for the senior Army headquarters located in Hawaii for about one hundred years.  Fort Shafter was name in honor of Major General William Rufus Shaffer who manned the United States mission to Cuba. Fort Shafter experienced its first war on 1941 when Lieutenant General Walter Short, a Hawaii Department Commander took up Quarter 5.

The succeeding next 50 years, the military base has been the headquarters for the senior Army in the Pacific Region. The following years, the army post continued to meet the changing requirement the US Army has. In 1979, the US Army created the US army Western Command and in 1990, it was renamed US Army, Pacific. It was in 1983 when the Army pass on 750 acres of barren land located on end post of mauka to the State of Hawaii.

At present, Fort Shafter is the central point for control, support and command of the Armed Forces in the Asia-Pacific region. The primary mission of the United States Army Pacific Command which is based here in Oahu, Hawaii is to provide the full support in the Army Forces operation in order to   discourage assault, respond to all kinds of crisis, safeguards the security of the nation and to win in any battles that may arise.