The Borough and city of Juneau is a united municipality situated on the Gastineau channel on the Alexander Archipelago in the United States, Alaska State, and is the capital of state. The Alaska Juneau municipality united in 70´s when the city of Douglas assimilates with the city of Juneau and the encircling borough to create the present home rule municipality. The metropolis, Alaska´s 3rd largest in terms of population (after Fairbanks and Anchorage), is curled up at the base Juneau Mont and side to side the Douglas Island channel. The city Juneau was called after gold prospector Joe Juneau.

Under Russian rule, the seat of government was at Sitka- with no official capital. In 1900 congress moved this seat to Juneau, but Juneau did not become the capital until 1912, in 1974, Alaskans voted to move the state capital closer to the state´s population center, selecting a site between Anchorage and Fairbanks at Wilow. Juneau remained the capital after funding for the transfer of government to willow was defeated by voters in 1982. Of southeast Alaska´s 60, 000 residents, half live in Juneau, Alaska´s third largest city.

Juneau is accessible only by boat, ferry or plane. No roads lead into or out of town. Often called a little San Francisco, Juneau is tucked at the foot of Mount Juneau. The climate is wet and mild, with summer average daily maximum temperature of 63º F and winter average daily minimum temperatures of 20ºF. Average annual snow fall is about 92 inches in the downtown area. 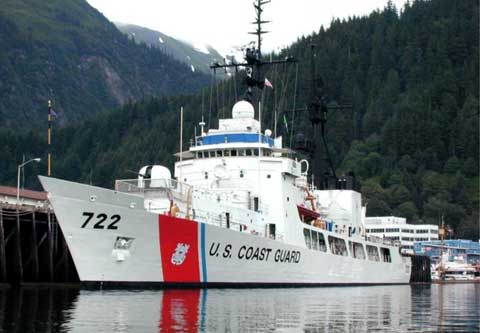 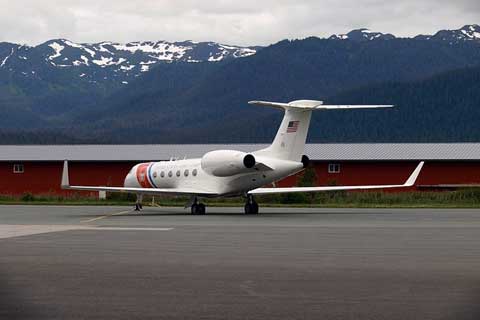 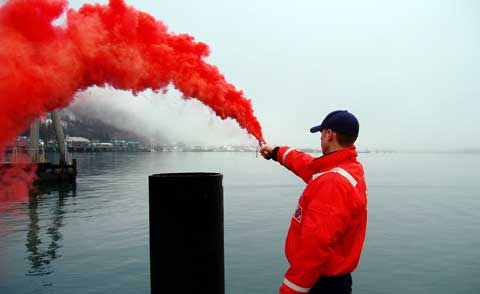 The real Alaska Juneau base military base was situated in Auke bay, but was changed to where it is presently, in Juneau, in the late 1970. They carry out hundred to one hundred and fifty rescuers and search mission yearly and three hundred boarding. USCG Alaska Juneau uses forty seven feet Motor life boat and 3 twenty five fee safe boats.