Is military base in Afghanistan

The 455th Air Expeditionary Wing is responsible for running most parts of the Bagram Airfield, which is a designated accommodation facility in the ancient Afghan City. The facility also serves as an airport for landing military as well as civilian airplanes. The Navy takes charge of the other parts of the installation. The base was used as a troops’ operation base for during the Soviet War. It also served as a supplies store during the same war. The base was a target of Soviet soldiers during the war and two of their troops were deployed to attack it. From 1999 onwards, there was contention regarding the control of the Bagram Base between the Taliban and the Northern Alliance. The Taliban constantly bombed the base to ensure that the Northern Alliance does not gain full control. The Northern Alliance on the other hand are said to use be base for announcements speaking to the press. They also attacked Kabul from this base. The initial housing at the base was tents, which have been replaced by plywood structures.

The repair of the runways by the United States and German Army troops has made it a prestigious airport in Bagram. The base also has the main prison where United States prisoners are detained. It has however come under recent attacks for the ill-manner in which prisoners are kept and treated. Prisoners are alleged to be assaulted physically and sexually while others were denied food and sleep. The base is also used as an airport for most military airplanes and civilian ones. A few years ago, former president George W. Bush landed on the facility during a visit to Afghanistan. The landing gear got locked in 2010, causing one of the airbuses to crash into the runway. A documentary of how inmates of the prison facility were abused was produced and has won many awards. 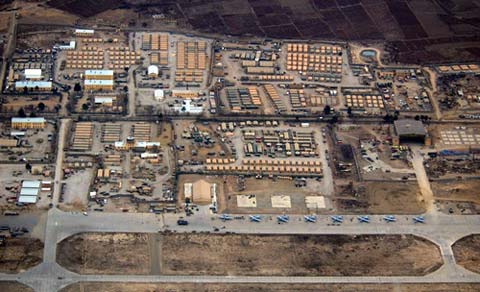 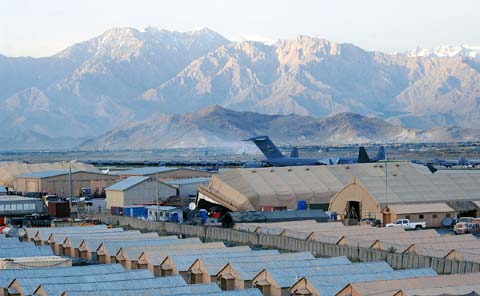 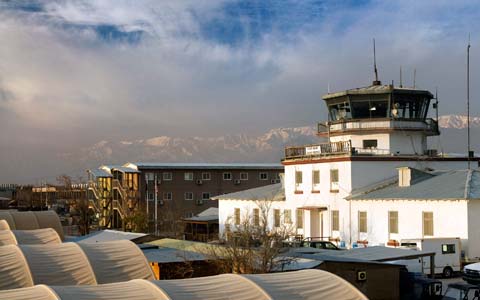