Florida MacDill Air Force Base is one of the most important bases in US located 4-miles from city Tampa, Florida. It is home to some of the most important everyday missions in Florida. It is also home to some of the most important airplanes such as Boeing KC-135 Stratotanker used for refueling airplanes in Florida air space and C-37A Gulfstream that is a private business jet used by high profile personnel. It also supports around 3000 personnel for everyday operations as well as outside operations with 12000 personnel. Florida MacDill’s primary mission is to provide support to on-flight refueling facility operating around the world. It is also base to Orion P-3, Gulfstream IV and provides support to Hurricanes Hunter airplanes. 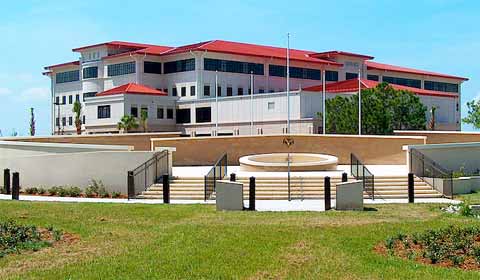 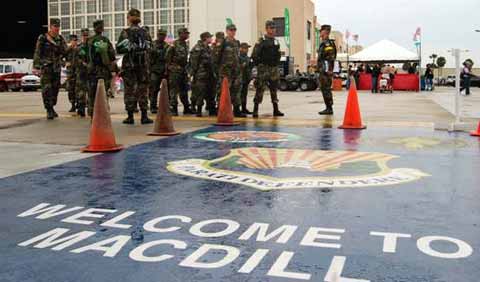 The base supports 6-AMW comprising of 3000 personnel having capability to refuel jet planes during flight around the world. It can provide rapid support and they are stationed around the world. The whole team is commanded from Florida Machdill air base and they use Boeing KC-135 Stratotanker jet plane for refueling.

The base was built in 1939 and was named as Southeast Air Base Tampa but was later renamed to Leslie MacDill who was a fighter pilot in World War I. During Spanish-American War the base was upgraded to support the war and it was stationed with many wings such as Third Air Force with the mission to patrol against Spanish submarines during the war. It also became headquarter of the bombardment group during the war, and some of them are still stationed in Florida Machill. 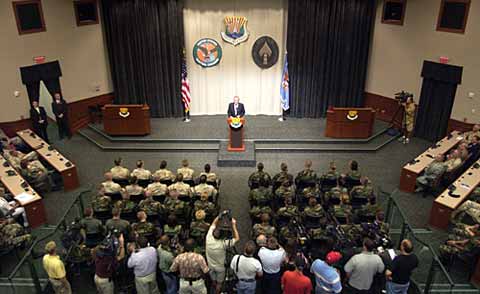 During World War II the air-submarine mission was transferred to navy and aircrew at the base were trained to be deployed around the world. Today many of bombardment groups and wings are still stationed at Florida MacDill base and offer some of the best jet planes such as F-16s and MacDill family planes.