Alaska Eielson is an US Air Base located about 42km from city of Fairbanks in the state of Alaska. It is part of 354th Fighter Wing and its primary aim is to provide support during training exercise named as Red Flag., which last 10-days and it is held upto four times a year. Its purpose it to provide support during field training exercises such as employment training, joint offensive counter training and other combat training exercises. The Alaska Eielson Base was built in year 1943 and it was named after an explorer and pilot Carl Ben Eielson.

The base has very importance and it plays an important role in training personals and deploying bombers and pilots around the world, and provides defense to Alaska as well. Today it is working to provide defense to Alaska and provides support to join-commanded training sessions on Joint Pacific Alaskan Range, and today it works as one of the largest military training complexes in the country. 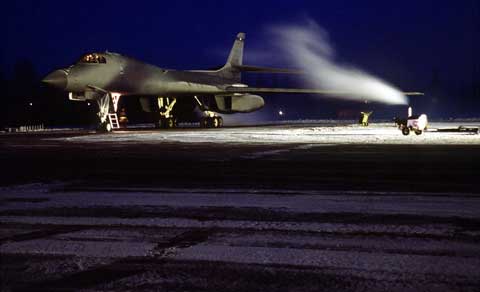 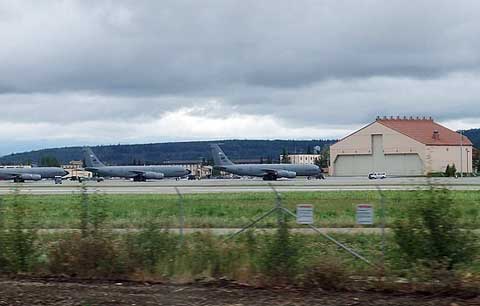 The base has long history that dates back to World War II. The base was built during World War II because Lass Army Airfield was severely damaged during war and it was required to have a larger and better base to support US Air Force. Alaska Eielson was later named as Mile 26 because of a near by US Military telegraph station. The Alaska Eielson was built with two runways during World War II giving an advantage over Lass Army Airfield along wide range of other facilities for pilots and officers. It also had a good ground support crew. The Alaska Eielson also played a major role in cold war.

After providing support in several wars Alaska Eielson has been much contaminated by toxic chemicals and wastes and needed to be cleaned up. The site was designated as Superfund, which is basically an act according to which the site will be cleaned with waste that may be harmful for environment; today it is a state-of-the-art US Air Force Base.