The Davis-Monthan Air Force Base is the home to the 355th Fighter Wing, an active combat wing compose of A-10s and has the mission to train A-10 pilots and support to the ground forces around the world is located near Tucson, Arizona. The airbase is named in honor of Lt. Samuel H. Davis and Oscar Monthan, World War I era pilots.

In 1925 D-M becomes a military base and in 1927, Charles Lindbergh flew Spirit of St.Loius to Tucson to dedicate Davis-Monthan during his non-stop crossing in the Atlantic. Davis-Monthan serves as an operational training base for various military aircraft during the World War II. After the World War II the military base close its operation and it was then that it was chosen to be the storage site for the decommissioned aircraft.  At present, Col.Bobby J. Wilkes, the Commander of the 355th Wing which grants services to the medical, logistics and operational support to all D-M units.

The 355th Medical Group sees to it that the army is physically fit to fight; they train medical teams to answer the needs of the patients. The 355th Mission Group educates, offers combat mission support and quality services to deployment of combat support groups. The operations group has war fighters, combat search and rescue and airbase operations and also conduct the necessary education course to all aircraft qualifications. 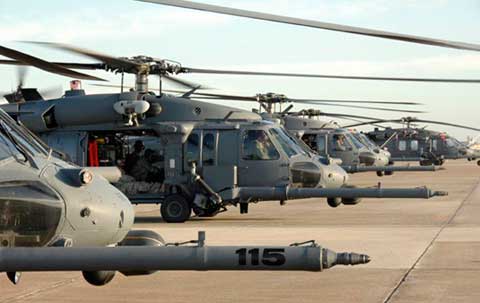 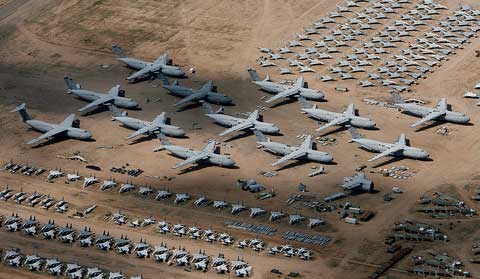 In 1940s, Davis-Monthan Air Force Base is in the farther part of the city but now with the continued growth and success of the economy of Tucson, D-M Air Force Base can be found within the boundary and surrounded by residential as well as industrial areas. D-M is now faced with the booming land developers who are building more community structures around the base. It is now the second largest company in the whole of Tucson with 6,000 military and 1,700 civilian employees of D-M and 13,000 military retirees living in Tucson, Arizona.